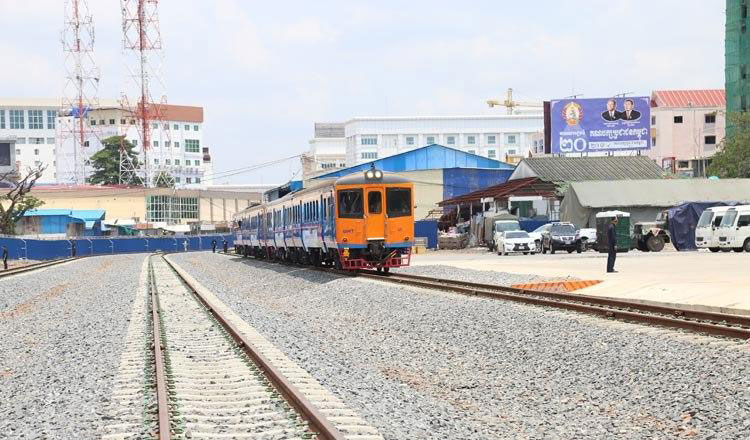 Cambodia has recently been exploring new railway routes to both Vietnam and Thailand with the hope of easing cross-border trade and boosting future tourism. The railway network in Cambodia is currently limited with only two rail lines – the southern line, connecting Phnom Penh and Sihanoukville and the northern one, linking the capital with Poipet city. There have, however, been recent talks about new routes with neighbouring countries. The most recent talks have been focused on Vietnam, running from Phnom Penh to Bavet city, which is situated at the Cambodian-Vietnamese international border checkpoint. From there it will proceed to Ho Chi Minh City. There is currently no railway connection between Vietnam and Cambodia but a feasibility study has recently been completed. Vasim Sorya, spokesperson at the Ministry of Public Works and Transport, said yesterday: “A Chinese firm was in charge of the study and they finished it a couple of weeks ago. We are still waiting on the results to be submitted but these things do take time. We may also conduct more studies on the project in the future.” The connecting route would play a major role in improving cross-border trade. As of 2019, trade volume between Cambodia and Vietnam was recorded at more than $5.2 billion, an increase of 12 percent compared with 2018. The trade figure had already hit and beaten the target, in which the two governments committed to increasing trade volume to $5 billion by 2020. Cambodia and Thailand officially launched their rail reconnection link back in 2018. Then an agreement on cross-border rail transportation was signed in April last year. However, the reconnection is still yet to be implemented. The train route will eventually connect Poipet to Thailand and could in the future carry passengers from Phnom Penh to Bangkok. Once running, the connection will improve cross-border trading, reduce traffic jams, boost tourism and contribute to the development of both countries. In 2019 Cambodia-Thailand trade volume had reached nearly $9.4 billion, according to an official report from the embassy of Thailand in Cambodia. Cambodia imported goods worth $7.14 billion from Thailand, while the Kingdom exported $2.2 billion of products. The project was supposed to start moving forwards this year but COVID-19 spread across the world and brought plans to a halt. In the meantime, Cambodia has been working on improving the connecting railway lines after Thailand gifted Cambodia 140 kilometres (km) of rail to improve the railway structure. Once the railway line is updated it is expected to be able to carry 20 tonnes and increase the speed of trains up to 70 km an hour from the current 30 km an hour.
News In English H.E Vasim Sorya វិស័យដឹកជញ្ជូនផ្លូវដែក