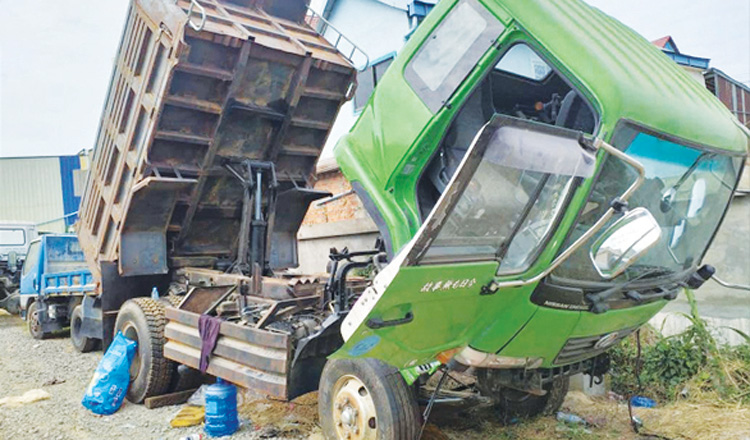 In a bid to further reduce the toll of road traffic accidents in the Kingdom, National Police yesterday tapped the Ministry of Public Works and Transport to launch crackdown operations on automobile workshops that repair vehicles against technical safety standards.Speaking at the Ministry of Interior on Tuesday, National Police chief General Neth Savoeun noted the continued presence of unauthorized auto-mechanic garages which he said are partially responsible for a number of traffic accidents in the country. As such, he called on the Public Works and Transport Ministry to crack down on such facilities.“Vehicles which have been modified or retrofitted by illegally operated garages run the great risk of causing road accidents,” said Gen Savoeun. He also urged the issuance of temporary number plates to trucks which have gone through repairs and modifications in adherence to the technical safety standards. “While the ministry has been taking action, some illegal garages remain,” Public Works Minister Sun Chanthol said in response, adding the ministry will assess Gen Savoeun’s recommendations on strengthening road safety in the Kingdom. Taxi driver Het Chan yesterday noted the significant number of trucks which are usually modified to increase load-carrying capacity than legally allowed. “They [truck owners] want to carry as many passengers or goods as they can to make more money so they get their trucks modified at unauthorised garages or, sometimes, work on the trucks themselves,” he said. A recent report by the Road Safety Committee said that during the first half of this year, 1,619 road accidents occurred, killing 816 people and injuring 2,449 others – marking a 25 percent decrease from the same period last year which had 988 fatalities and 3,227 wounded. Most of the accidents were said to have occurred in Phnom Penh and the provinces of Kampong Thom and Kandal.
យានយ​ន្តកែច្នៃខុសលក្ខណៈបច្ចេកទេស