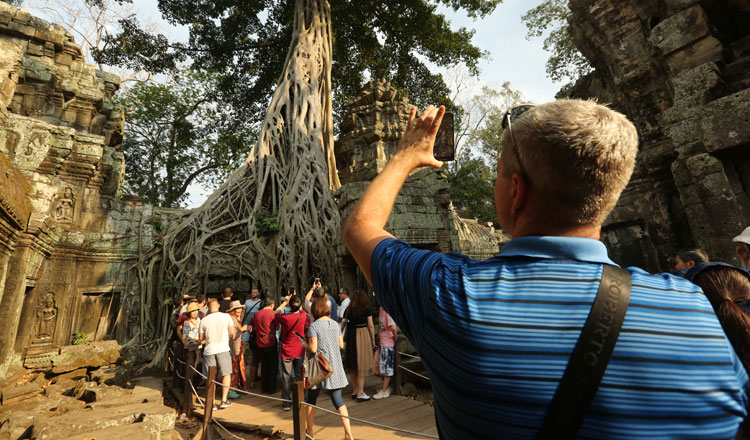 The National Tourism Development Committee was created this month to boost the development of one of Cambodia’s most important economic drivers.A sub-decree on the creation of the committee was signed by Prime Minister Hun Sen on Nov 22, according to a statement issued yesterday by the Ministry of Tourism. The new body will be chaired by one of the country’s deputy prime ministers. Tourism Minister Thong Khon will be the permanent vice-chairman.There are four other vice-chairmen: Minister of Public Works and Transport Sun Chanthol, Minister of Industry and Handicrafts Cham Prasidh, Minister of Culture and Fine Arts Phoeurng Sackona, and Minister of Environment Say Sam Al. The remaining members are secretaries of states and other high-ranking officials. There are a total of 34 members. The committee is tasked with drafting strategies and policies to regulate the sector as well as to conduct research that can aid the industry to develop sustainably. It will convene twice a year in meetings presided over by the chairman or the permanent vice-chairman. The Ministry of Tourism has recently urged other ministries and public agencies to work together with the private sector to develop the tourism industry.The call comes as a result of the lower than expected number of visitors at the Angkor Archaeological Complex, the country’s main tourist draw, this year. Angkor Enterprise said in October that 1.6 million foreign tourists bought passes to the temple complex from January to September, a 12 percent decline over the same nine-month period in 2018. Income from ticket sales reached just $74 million – a 13 percent decline. Earlier this November, Ministry of Tourism Spokesman Top Sopheak said the ministry is working to identify the issues behind the slowdown in tourists at the park. “The number of foreign tourists visiting Siem Reap this year has decreased due to several factors,” Mr Sopheak said. “The Ministry of Tourism has requested the collaboration of other institutions to attract more tourists by creating new tourism products.”From January to September, the number of foreign tourists in Cambodia reached 4.8 million, a 10 percent increase compared with the same period in 2018.
គណៈកម្មាធិការអភិវឌ្ឍន៍ទេសចរណ៍ ឯកឧត្ដមទេសរដ្ឋមន្ត្រី ស៊ុន ចាន់ថុល