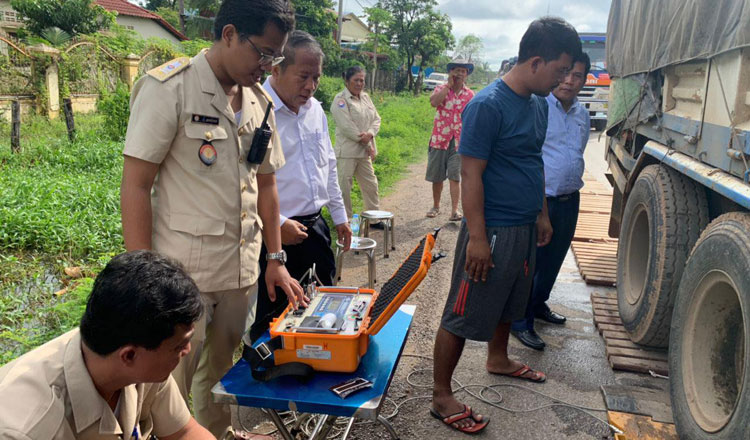 A report by the Ministry of Public Works and Transport has said that over a quarter of all trucks inspected in the Kingdom in the first nine months of the year were found to be overloaded. The announcement came from a ministry secretary of state Seng Chhuon, during a meeting held on Monday to review truck inspection findings. According to the report, of the total 1,542,444 trucks inspected, 415,917 were found to be overloaded. “The ministry instructs all station officials to crack down on overloaded trucks by carrying out inspections efficiently and effectively and cooperating with relevant partners,” Chhuon said. “These trucks are a major cause of traffic accidents and road damage,” he added. He also said that officials were permitted to raise the challenges they face while cracking down on overloaded vehicles at the meeting. In August, Transport Minister Sun Chanthol met with relevant officials to clarify restrictions on trucks to stop them being overloaded. The minister also advised the relevant officials to use weight in motion cameras to detect overloaded trucks. Chanthol also provided 25 road inspection machines to public works departments at the provincial level to inspect the quality of roads. Truck driver Sem Sovan said yesterday that overloaded trucks, especially those found on provincial roads, cause traffic accidents and damage roads. “We appeal to officials to inspect and punish drivers of overloaded trucks, especially on provincial roads, as they often carry too many goods and passengers, which affects other road users,” he said.
Truck Inspection Overloaded Trucks H.E. Sun Chanthol