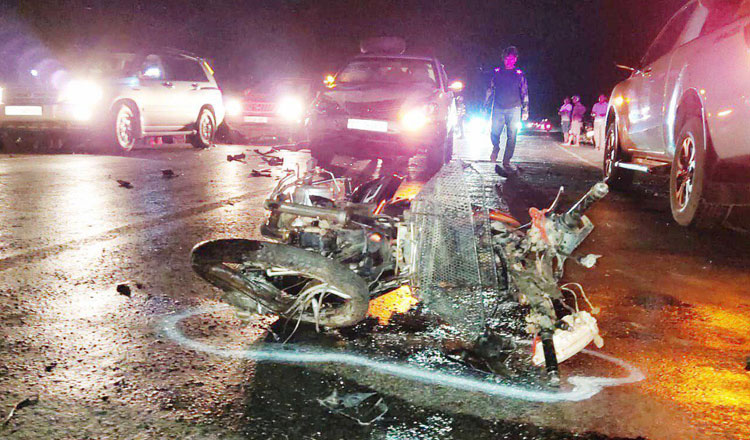 Nearly 20 people were killed and nearly 60 other people injured in traffic accidents over the past two days of the Pchum Ben festival. According to a National Police report today, from September 27 to 28, there were 37 traffic accidents reported by police across the Kingdom, resulting in 17 deaths and 59 injuries, 41 of them serious. “The cases of 38 accidents caused 46 motorbikes and 18 other cars destroyed,” the traffic police report said. “The accidents were caused by speeding, drunken driving, dangerously overtaking vehicles and lack of cooperation,” The Pchum Ben holiday is September 27 to 30. Over 3 days of the Pchum Ben festival last year, Department of Traffic Police and Public Order reported 53 traffic accidents country-wide. These accidents caused 28 deaths and 85 injuries, 65 of which were serious.
ពិធីបុណ្យភ្ជុំបិណ្ឌ គ្រោះថ្នាក់ចរាចរណ៍