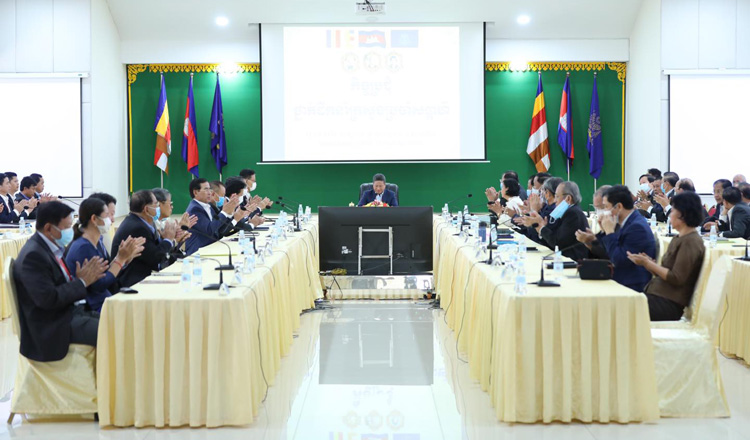 The Minister of Public Works has urged relevant officials to continue to crack down on illegal vehicle modification workshops to reduce traffic accidents. On Wednesday, Minister of Public Works Sun Chanthol conducted a meeting with relevant officials to tackle the illegal modification of vehicles, which he said remains a major cause of accidents on the roads. On August 24, the capital’s public works and transport department, in cooperation with local authorities, shut down 40 illegal modification workshops in Sen Sok district. According to the department, 40 of some 110 workshops in the district were operating illegally, with further shutdowns due as authorities continue to weed out unauthorised businesses. It also said that currently in the capital there are 971 vehicle modification workshops, with an estimated 390 operating illegally. Chanthol will report on the status of unlicensed garages back to the Ministry of Interior and local authorities for legal action in due course. The meeting also discussed measures that are to be taken to crack down on workshops and mechanics illegally modifying vehicles as well as methods to more efficiently manage vehicle registration documents, carry out vehicle inspections to technical standards and ensure that adequate road traffic signage and markings were in place in the Kingdom. He also said that inspections will be carried out on trucks and heavy vehicles to make sure they are not ‘overweight’, as per the law. “The ministry will continue to cooperate with local authorities, police and military police to take action against illegal vehicle modification workshops,” he said. Chanthol also advised relevant officials to use ‘weigh in motion’ cameras to inspect potentially overweight trucks on the road, which he said caused extensive road damage, affecting the national budget. Regarding the management of traffic signs on national roads, Chanthol instructed all relevant working groups to inspect and ensure all signage was in place, in accordance with technical specifications, easy to see and of good quality to best facilitate people’s travel. The Minister also announced it will provide 25 road quality inspection devices to the provincial public departments to help carry out inspections.
គ្រោះថ្នាក់ចរាចរណ៍