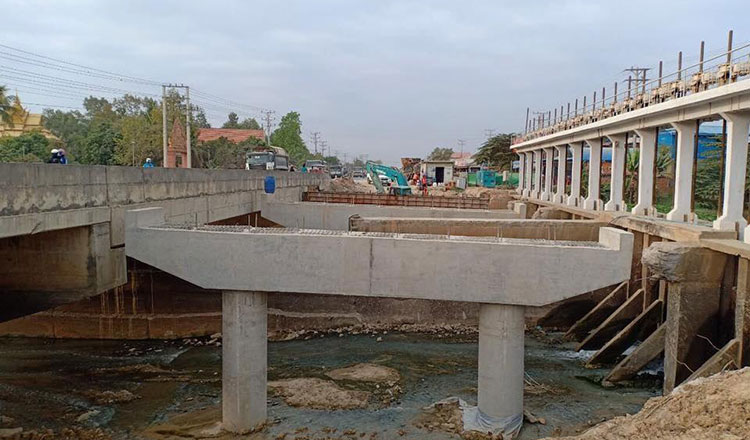 The completion for the improvement project of National Road 3 linking Phnom Penh capital to Kampot province has now reached 70 percent completion. The works started in May 2018. The achievement was announced Tuesday morning by the Ministry of Public Works and Transport (MPWT), adding that the project will be completed in 2022 as planned. This 134.8-kilometre-long National Road 3 Improvement Project is estimated to cost more than US$200 million funded by the Royal Government’s budget and the referential buyer’s credit loan from the Government of China. It is one of the pivotal national roads in the country as there are many industries and factories all along the road, making it an industrial corridor to the south, in addition to national road number 4, the country’s first industrial corridor. This also heads south to the country’s largest deep water port.
ផ្លូវជាតិលេខ០៣ វិស័យសាធារណការ