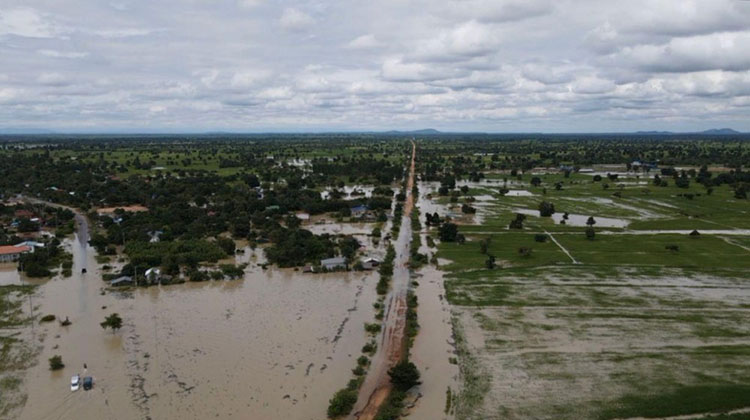 The National Committee for Disaster Management (NCDM) has reported that the ongoing flash floods have so far killed 39 people, of them 22 in Banteay Meanchey province. From Sept. 1 to the evening of Oct. 22, 2020, the flash floods have affected 110 cities/districts/Khan in 19 of the 25 provinces and capital city – Phnom Penh, Pursat, Pailin, Banteay Meanchey, Battambang, Svay Rieng, Oddar Meanchey, Siem Reap, Takeo, Kampong Speu, Mondulkiri, Preah Sihanouk, Koh Kong, Preah Vihear, Stung Treng, Kampong Cham, Kandal, Kampong Chhnang, and Kampong Thom. A total of 120,785 families or 483,140 people have been affected, of them 11,554 families or 46,216 people have been evacuated to the safety grounds, it added. Besides, 111,354 houses, 707 schools, 232,551 hectares of rice fields, 83,918 hectares of subsidiary crops, and many roads, bridges, canals have been flooded and damaged. Competent authorities at all levels have been actively taking necessary measures to timely assist the victims so as to reduce to the maximum the hardships and the impact on people’s properties and lives. Prime Minister Hun Sen has just returned from Banteay Meanchey where he visited flood-affected victims and inspected the flood situation. He planned to go back to the province tomorrow afternoon after the weekly cabinet meeting.
News In English ជំនន់ទឹកភ្លៀង