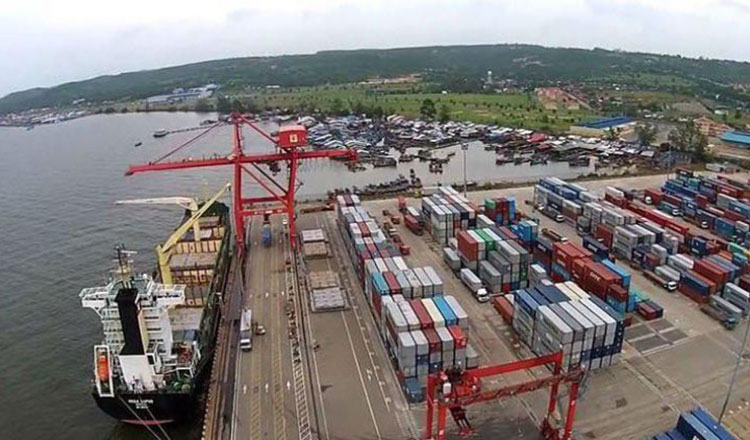 The construction of more ports along the Mekong River has been planned with an aim to improve the transport of agricultural products along the river. Sun Chanthol, Senior Minister and Minister of Public Works and Transport, said that two more ports would be constructed – one in Kampong Cham province and the other in Kandal province. Land for the port at Tonle Bith river, in Kampong Cham province, and that in Kaam Samnor of Leuk Dek district, Kandal province have been selected with a plan of building a special economic zone inside. The port constructions are under the management of Phnom Penh Autonomous Port, the senior minister underlined. Sub-ports along the river are also on the construction list, an effort to improve the country’s waterway transport.
កំពង់ផែ